Would you like to receive news from us? Tips, tricks, photos of our pickings, dates of our workshops will be available for you!

Committed to and motivated by sustainable values and new and innovative ideas, we eco-responsibly harvest seaweed from the river and wild plants and flowers on the island to make our body care products.

Created for people who care about and are sensitive to the beneficial riches gifted by local nature. The sea garden around L’Isle-aux-Coudres and the wild spots on the island are a true living laboratory! The age-old, symbiotic active ingredients they offer contribute to your well-being and overall health, and that of your skin. 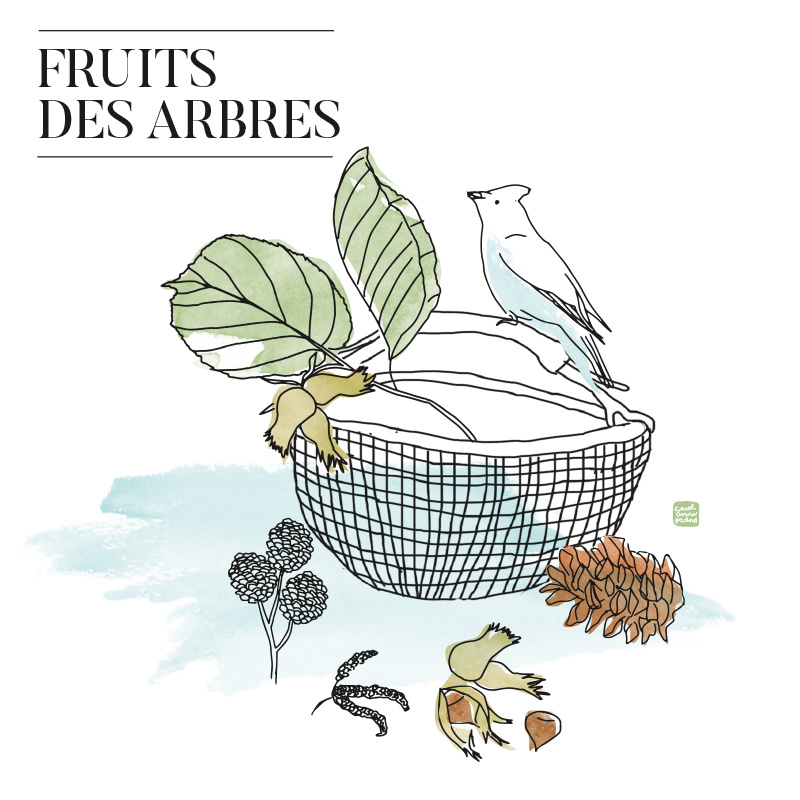 Speckled alder, also called grey alder, is one of the first trees to bloom in spring, as soon as the snow melts. L’Isle-aux-Coudres abounds with alders, which grow on the riverbanks and on the edges of the island’s marshes and peat bogs. They enrich the soil and bees harvest the pollen to feed their brood. Alder thickets protect common snipe chicks from their enemies. American porcupines eat alder catkins, while redpolls, finches and woodcocks feast on the fruit and beavers eat the bark and leaves.

The beaked hazel, a tree native to Quebec belonging to the hazel family, is one of the few trees to have kept its magical reputation. Its branches are still used as a weather forecasting tool. Since they curve according to the atmospheric pressure, they are used to predict rain or nice weather. When sunny periods are on their way, the tree draws its branches in toward itself. When rain is on the horizon, it does the opposite, to give the water better access to its trunk. 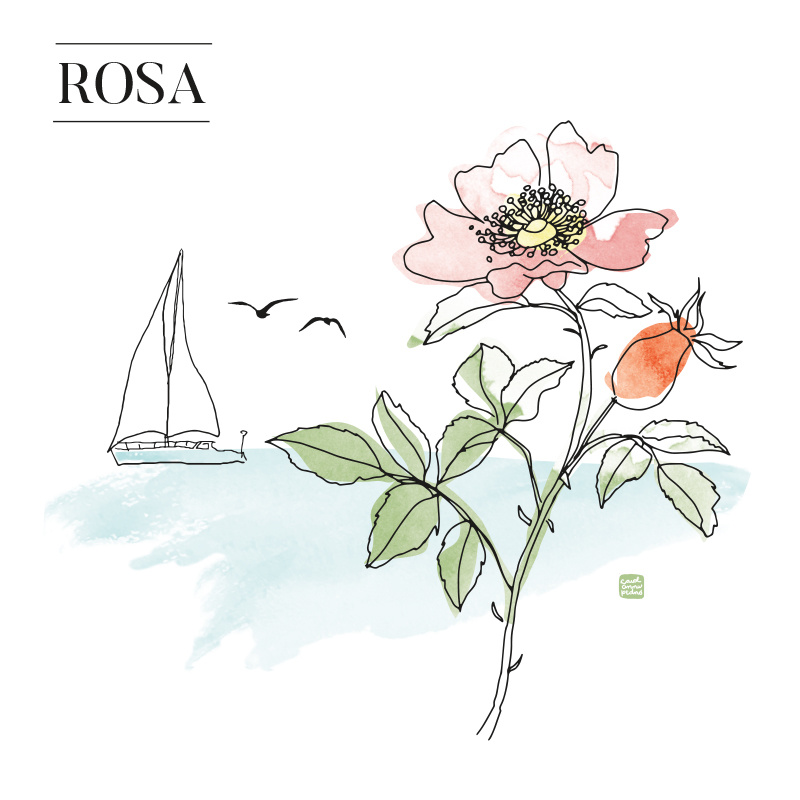 Rugosa rose shrubs, also called Japanese roses, form dense hedges along the L’Isle-aux-Coudres coast, filling the air along the coastal road with their delicate scent. Leaving the road, a small path winds between the rocks and the sand. Suddenly, a perfume is all around, like a siren call from nature.

In the fall, the fleshy red fruit (rose hips) are ready to be picked. The Ancients believed they had the power to cure scurvy. Prayer beads (rosaries) used to be made of the dried fruit.

The rose petals are gently plucked in the early morn, ethically and responsibly, leaving the stem. 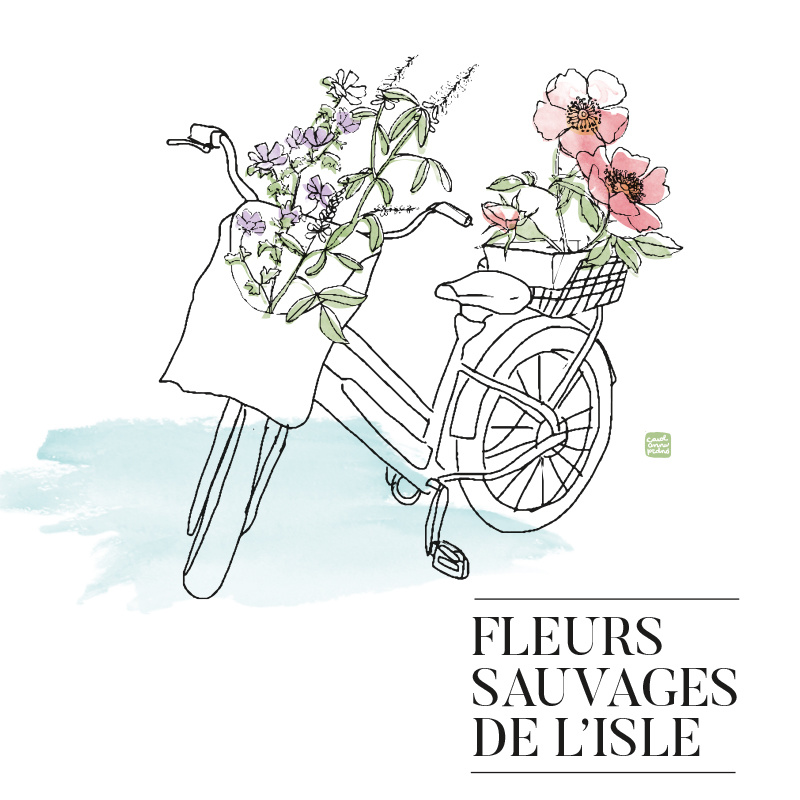 Musk mallow grows at the edges of fields, along roads and in the island's meadows. It used to be grown as a household plant and was touted it as a means of tempering passions, soothing stomach complaints and keeping the mind free. Its name stems from the Latin mal va, which in French sounds like “evil, begone!,” revealing its virtues!

White sweet clover, also called white melilot, is considered a melliferous plant, meaning a source of nectar for bees. It has rather small flowers for such a long stem, but how sweet they smell! It's the favourite fragrance of women in the bloom of life. The white flowers give them lightness, while the woody, vanilla notes enhance their sensuality. In summer, you can catch whiffs of an almost-sweet vanilla-like scent in the air as the flowers follow the path of the sun across the sky. In ancient times, it was believed that this plant had the power to calm neuralgia, nervous excitement and insomnia. 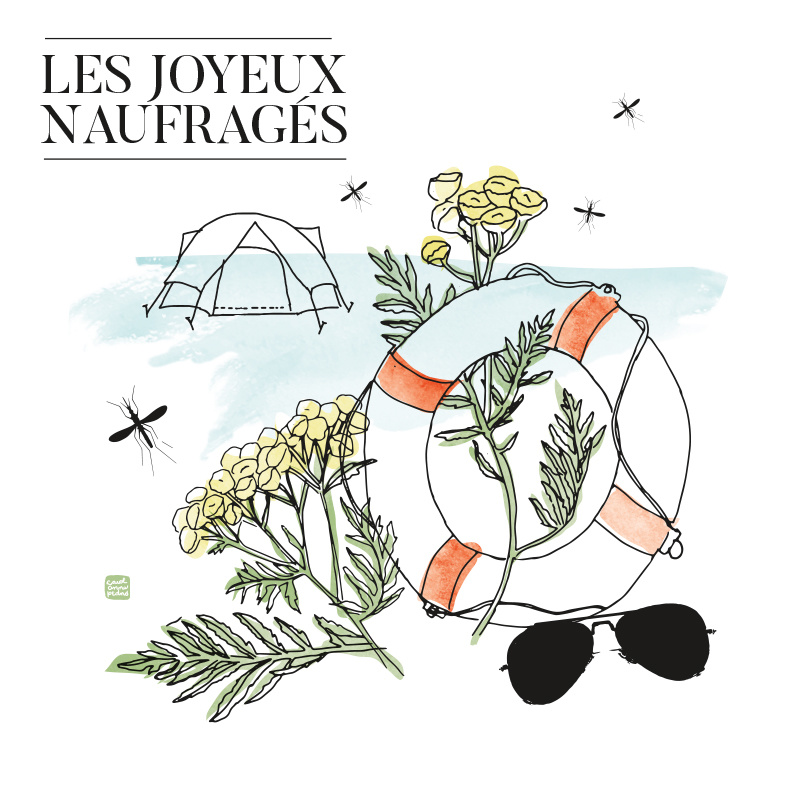 Tansy, also called golden buttons, has a strong, repellent scent. It grows along the island's roads, on the edges of forests, in meadows and on slightly marshy uncultivated land. It flowers from June to August, which is when the flowering tops and leaves are picked and dried in the shade 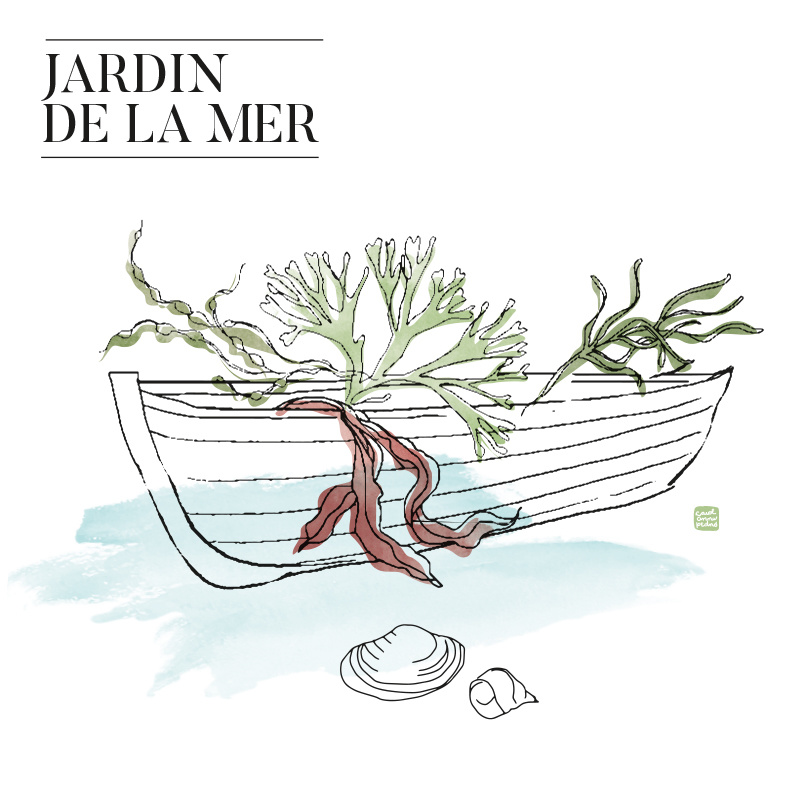 Seaweed from the St. Lawrence River

Seaweed (macroalgae) has existed for millions of years. The different species can live in freshwater or saltwater. The vast majority of non-microscopic marine algae lives in a narrow strip along the coast. Like all plants, they produce organic matter and are at the bottom of their ecosystem's food chain.